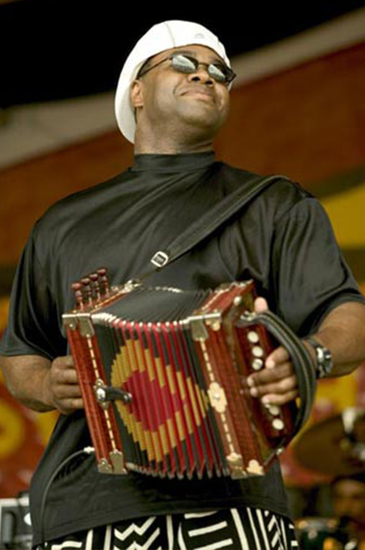 Barnes, in addition to being a musician and composer, is a naturalist, a full-time National Park ranger, a black-and-white portrait photographer, a television and film actor.

If a career in music hadn’t panned out, a number of attractive and diverse career paths would have been open to blues harmonica player and zydeco accordionist Bruce Sunpie Barnes. Thanks to his athletic ability that earned him a football scholarship to Henderson State University in Arkansas, he had a brief career in professional football with the National Football League’s Kansas City Chiefs. He also studied marine biology, a background that could have led to a variety of jobs and which ultimately led Barnes to work for the National Park Service as a naturalist. Acting jobs in commercials and on Hollywood movie sets, too, have come to the musician. The entire time he was working elsewhere, however, music was always a part of Barnes’ life. Even when football provided a handsome paycheck, he chose to play a number of gigs.

Barnes, who can play seven instruments, knew enough about his chosen career in music to realize that it isn’t the most reliable work, especially in terms of a steady paycheck. When he made the leap to become a professional musician, he supported himself with a day job, putting in hours as a ranger in Jean Lafitte National Historical Park and Preserve in Louisiana, where he also served in the capacity of a naturalist. Evenings found him on stage in New Orleans, working with such artists as bluesman “Boogie” Bill Webb, vocalist Barbara George, and the New Orleans Blues Department Band. He went on to establish a group of his own, drawing from a pool of zydeco musicians based in the city of Lafayette, and he called the outfit Sunpie & the Creole Zydeco Fanners. Along with Harold Ray Brown, former drummer for War, he established another band in late 1991 and dubbed it Sunpie & the Louisiana Sunspots. Barnes led the band through performances at such venues as Martinique’s 11th International Clarinet Festival, Houston’s Juneteenth Festival, and the New Orleans Jazz & Heritage Festival.

Blues was a part of Barnes’ life in Benton, AR, during his youth. His dad, who instructed him in the harmonica, was a blues harpist who impressed upon his son the importance of education. Good times like picnics and other family get-togethers revolved around the harmonica playing of the elder Barnes and other regional blues musicians, including Sonny Boy Williamson. In addition to the influence of his father and Williamson, Barnes draws inspiration from Carey Bell and Lee Oskar.