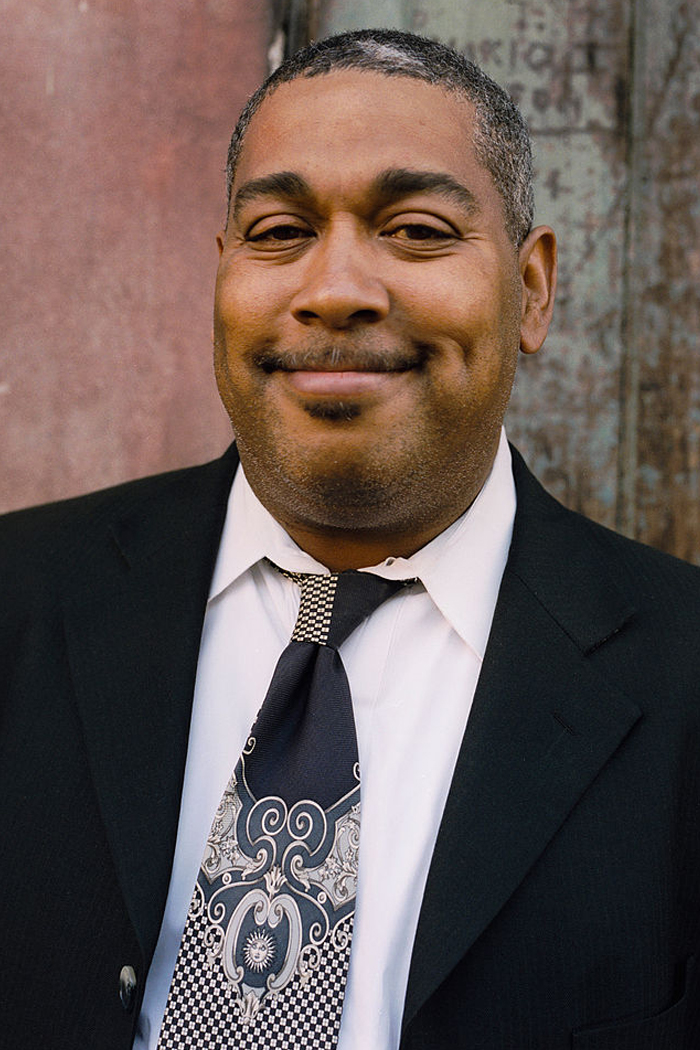 Shannon was born and raised in the musically and culturally historic Tremé neighborhood. Adjacent to the French Quarter and now made famous by the popular HBO program of the same name, the Faubourg Tremé was once a thriving community and has been home to many famous musicians, including Alphonse Picou, George Lewis, and Kermit Ruffins.
Shannon’s grandmother Veronica Batiste, played piano for silent film and in Baptist church. By age 6 he was playing drums regularly in The First Garden Christ Church.

The sounds of the city of New Orleans and the Tremé neighborhood played an important role in Shannon Powell’s development, as did the multitude of musicians surrounding him but none more than Danny Barker. Mr. Barker asked Shannon to join the Fairview Baptist Church Marching Band with other notable musicians like, Leroy Jones, Wynton and Branford Marsalis, Dr. Michael White, Joe Torregano, Anthony “Tuba Fats” Lacen, Charles, Kirk Joseph, Gene Olufemi, and Lucien Barbarin.
Shannon’s first paying gig was at Jazz Fest as a member of Danny Barker’s own band, The Jazzhounds, at the age of 14 years.