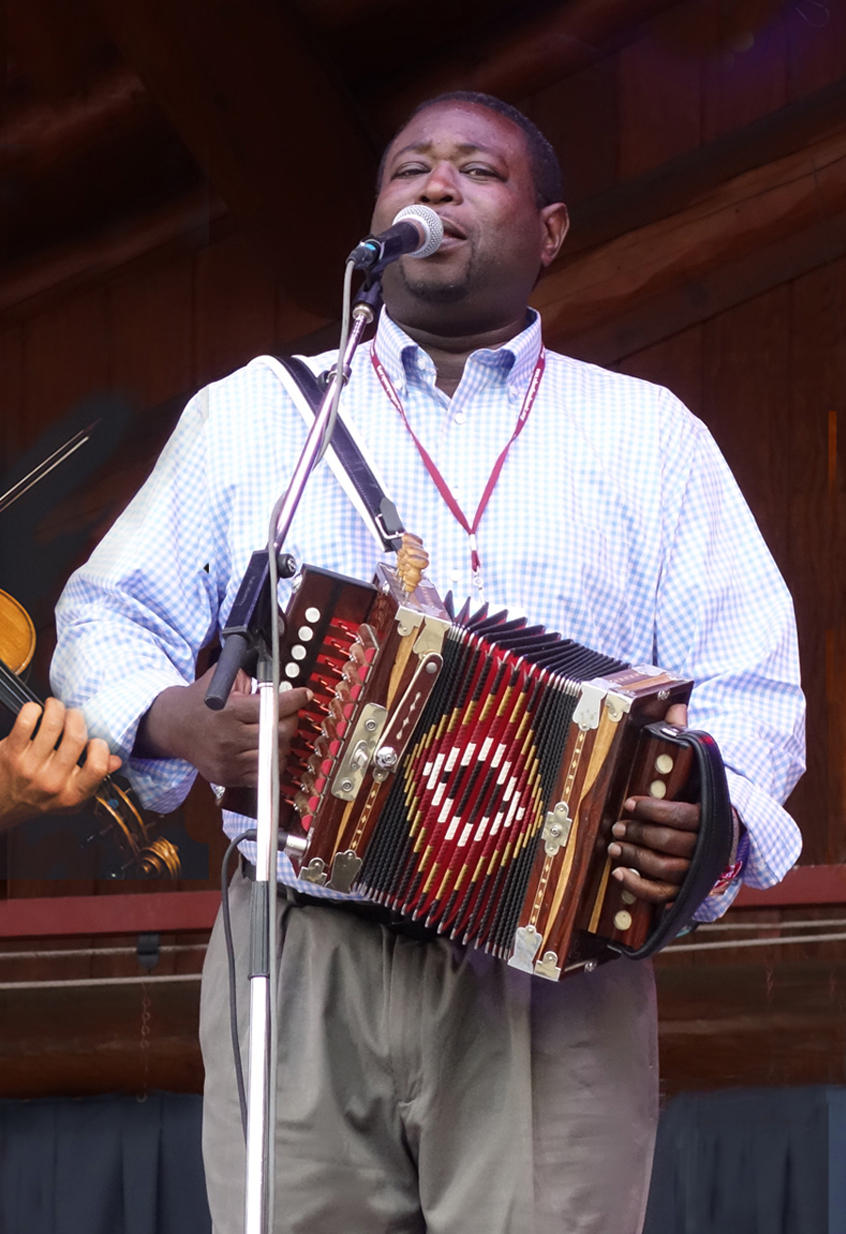 Joe Hall  (accordion) The Hall family was blessed with a hard-working father figure who provided for his family of six out on the southwest Louisiana prairies. Even though Joe never had to work in the fields like most of the Creole sharecroppers since the days of the Civil War, his is an old soul. He did not necessarily break corn or pick sweet potatoes, but he did lend an attentive ear to the many kernels of ancient wisdom from his elders. They recognized him as the anointed one and willingly, Joe Hall accepted the torch of the Creole cultural flame.