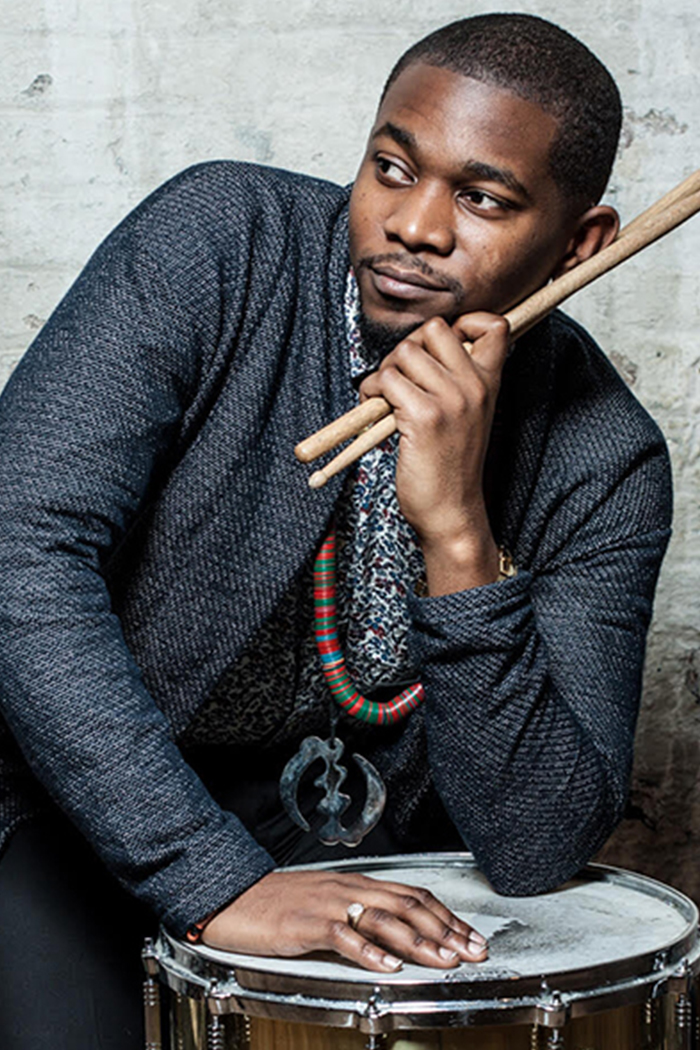 New Orleans native Joe Dyson has certainly been one to watch.

He started playing music in his family’s church at just two years old. After being noticed for his peculiar talent, Joe was placed in the Louis “Satchmo” Armstrong Summer Jazz Camp where he was shadowed by the late, great clarinetist Alvin Batiste, and his longtime bandleader and mentor, alto saxophonist Donald Harrison. He went on to graduate from the New Orleans Center for Creative Arts (NOCCA), and earned a Presidential Scholarship to his alma mater Berklee College of Music.

As a musician, Joe has traveled across the globe extensively. Having touched almost every continent, he has performed throughout North America, South America, Europe, Asia, and Africa. He has appeared on over 30 albums, including recent releases by Dr. Lonnie Smith ALL IN MY MIND, (Blue Note Universal Records), Sullivan Fortner’s ARIA (Impulse Universal Records) and Christian aTunde Adjuah’s Grammy Nominated EMANCIPATION PROCRASTINATION (Ropeadope Records).

In addition to touring and recording, Joe has made appearances on the HBO hit series TREME, and can be seen performing in the documentary titled Been In The Storm Too Long, hosted by Tavis Smiley. He can also be heard on the movie soundtrack Rachel Getting Married, by the late, Oscar-winning director Jonathan Demme.

In 2015, Joe became an adjunct professor at Tulane University. For the past four years, Joe still finds the time to give back to his community through a benefit concert he created entitled “Christmas in Treme.” The proceeds help fund Holy Faith Temple B.C.’s outreach programs, including Food and Pantry, Computer Literacy and Vacation Bible School.

After releasing music with longtime friends The Bridge Trio, Joe is currently working on his debut album.