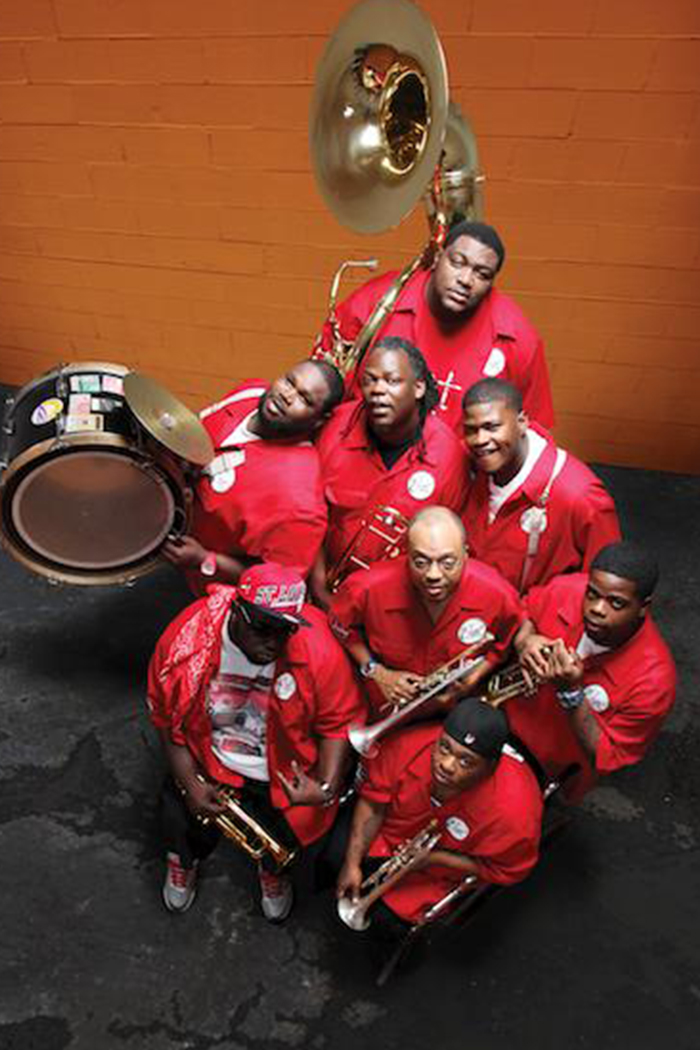 For over 20 years one of the most popular and visible funk-style brass bands in community parades and funerals has been the Hot 8 Brass Band. In 1996 sousaphone player Bennie Pete was instrumental in merging two former Fortier High School student groups, the High Steppers and the Looney Tunes Brass Bands, to form the Hot 8. The players grew up together and maintain strong, family-like bonds and regular membership. Most of them were born between 1975 and ’87 in a generation that grew up hearing mainly modern-style brass bands in community functions. The band can be larger than many younger groups often featuring ten members, including three trumpets, three trombones, tuba, bass drum, and snare drum. As is common among some more modern groups, the Hot 8 uses only one reed player and like most of the younger bands, the Hot 8’s funk style is a blend of influences from the Dirty Dozen and Rebirth, with more elements of contemporary r&b, rap, and its local variation, “bounce.” The uniqueness of their sound is mainly due to a steady stream of creative original songs and ideas composed or introduced by various band members. Since the Dirty Dozen, the sousaphone has had a more prominent role in brass bands as a feature and solo instrument; it frequently sets up and maintains short rhythmic (often melodic) grooves that dominate and propel most songs in the band.