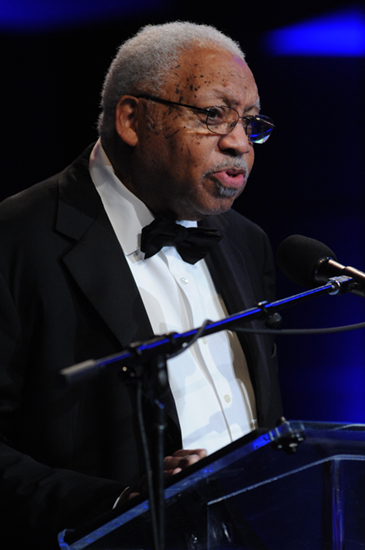 Active since the late 1940s, Marsalis came to greater attention in the 1980s and 1990s as the patriarch of a musical family, with sons Branford Marsalis and Wynton Marsalis rising to international acclaim.

Ellis started out as a tenor saxophonist, switching to piano while in high school. From his first professional performance with “The Groovy Boys” over fifty years ago, Ellis Marsalis has been a major influence in jazz. At that time, Marsalis was one of the few New Orleans musicians who did not specialize in Dixieland or rhythm and blues. He played with fellow modernists including Cannonball Adderley, Nat Adderley, and Al Hirt, becoming one of the most respected pianists in jazz. Though he has recorded almost twenty of his own albums, and was featured on many discs with such musicians as David “Fathead” Newman, Eddie Harris, Marcus Roberts, and Courtney Pine, he shunned the spotlight to focus on teaching. Marsalis’s didactic approach, combined with an interest in philosophy, encourages his students to make discoveries in music on their own, through experiment and very careful listening.

As a leading educator at the New Orleans Center for Creative Arts, the University of New Orleans, and Xavier University of Louisiana, Ellis has influenced the careers of countless musicians, including Terence Blanchard, Harry Connick Jr., Nicholas Payton; as well as his four musician sons: Wynton, Branford, Delfeayo and Jason. In May, 2007, Marsalis received an honorary doctorate from Tulane University for his contributions to jazz and musical education.

On December 7, 2008, Ellis Marsalis was inducted into The Louisiana Music Hall of Fame.

Marsalis and his sons are group recipients of the 2011 NEA Jazz Masters Award.[3]

Marsalis is a Brother of Phi Mu Alpha Sinfonia fraternity, initiated into Delta Epsilon Chapter (University of Louisiana-Lafayette) in 1965. In 2015 Sinfonia announced that Marsalis has been named Sinfonia’s 24th Man of Music, the highest honor given by the fraternity to a member, for advancing the cause of music in America through performance, composition or any other musical activity.