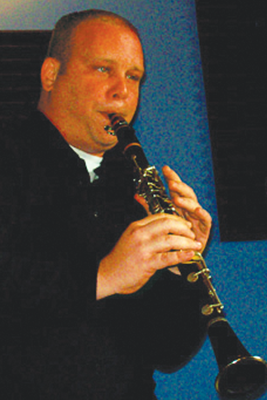 Bruce Brackman is considered by many to be one of New Orleans' most versatile and influential musicians.

Bruce Brackman is considered by many to be one of New Orleans’ most versatile and influential musicians. A Louisiana native, Bruce was raised in a prominent musical family. His mother Kathleen, is a well known pianist who taught him the piano from a very early age. He started playing the clarinet at age 9 and the saxophone at 12. He joined the family band “Sweet Kathleen and the Vieux Carre Band” at age 15, playing throughout Louisiana and gaining a repertoire and stage presence surprising in such a young performer. It was those gifts that earned Bruce a scholarship to Southern University, where he studied under world famous Alvin Batiste. He went on to study jazz at SLU and UNO. He has played with bands of all styles in New Orleans, including the Storyville Stompers Brass Band, New Birth Brass Band, the Jazz Vipers, the Treme Brass Band, the New Orleans Cottonmouth Kings, the Palmetto Bug Stompers, the Moonshiners, Mr. Leroy Jones and His Finest, Shotgun Jazz Band, and Irvin Mayfield’s NOJO. As such an in-demand musician, he has played at every New Orleans Jazz & Heritage Festival and French Quarter Festival since 1992, as well as every Satchmo Festival since it’s inception in 2001. He has toured the world with many bands and through programs with the Louisiana Board of Tourism. Brackman has recorded with close to 70 artists, most notably Eric Clapton. In 2006, Bruce won the National Endowment for the Arts “Heritage Award” along with the rest of the Treme Brass Band. Additionally, he was awarded the key to the city from Mitch Landrieu in conjuction with that award. Bruce has also given back to New Orleans by teaching New Orleans youth through the Jazz National Historic Park Service and has been recognized by the Dept. of the Interior for his contributions to the New Orleans community. His work is preserved in the Smithsonian Museum.