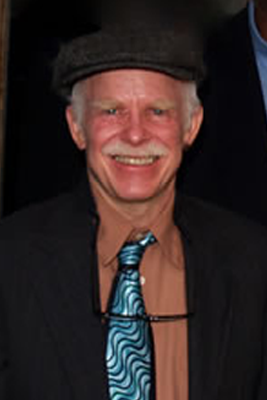 Amasa has been hailed as “one of the most sought after pianists in the city, and one of the freshest contributors to the New Orleans tradition.”

Amasa has been hailed as “one of the most sought after pianists in the city, and one of the freshest contributors to the New Orleans tradition.” Born in New York City, he grew up in New Jersey and started playing piano at 7 years old and studied classical piano through high school. He also picked up ukulele in second grade and soon graduated to guitar imitating the styles of such folk artists as Pete Seeger, Joseph Spence, and Mississippi John Hurt. All through high school and college he was a veteran of a number of Jug bands on guitar and later banjo and fiddle. Meanwhile on piano he was learning the music of Tin Pan Alley from his Uncle who use play piano for the silent movies. Later piano influences included the blues of Jimmy Yancy, and Otis Spann the jazz of Jelly Roll Morton, Thelonius Monk, and South African pianist Abdulla Ibrahim. After College he spent 3 years in Europe, mostly in Belgium listening heavily to the indigenous gypsy swing, followed by six years in Massachusetts playing country swing. In 1981 he moved to New Orleans after getting hooked on the piano playing of Professor Longhair and James Booker. Since that time he has become a founding member of the Charmaine Neville Band and the Pfister Sisters and has played with a number of other bands and singers including Aaron Neville, Linda Ronstadt, Steven Stills, Maria Muldaur, Lil’ Queenie and Ingrid Lucia spanning styles that include Traditional Jazz, Rhythm and Blues, Brazilian, Caribbean, Klezmer, and Tango music.